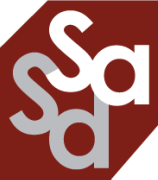 What is the Tom Colley Award? 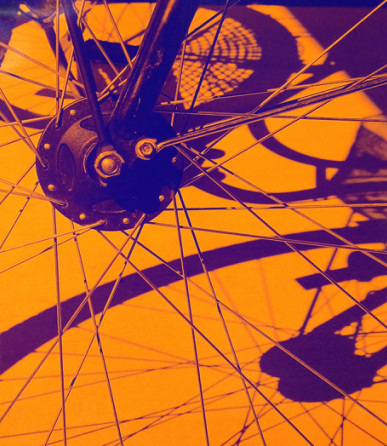 If you’ve found yourself walking past the high school's library and seen the ceramic sculptures under glass, witnessed the steel figure with the arrow through her heart in the new wing courtyard, or noticed the long line of artwork down the auditorium wall toward the music department, then you’ve stumbled upon some winners of high honors. All of these works are winners of the annual Tom Colley Award, and a lot of excitement surrounds its presentation. But what is the award, and what are its origins?

The award is presented annually by Dr. and Mrs. Thomas Colley to honor the memory of Dr. Colley's son, Thomas “T.C.” Colley, a 1986 SASHS graduate. T.C. was an avid photographer who was described by his father in a 1987 Patriot-News interview as, “…a creative writer and voracious reader.” Colley was a freshman at the prestigious Rhode Island School of Design where he was studying photography.

On January 4, 1987, T.C. was returning to school on The Colonial, an Amtrak train, from a Christmas break visit with family when the passenger train collided with a stopped freight train. At the time of the crash, it is estimated that the Amtrak passenger train on which Colley was riding was moving at 108 m.p.h. or more.

It was determined that the engineers of the freight train had been smoking marijuana shortly before the crash and had ignored several signals telling them to yield to the oncoming passenger train which was travelling at a legal high speed. When they finally stopped the train, it was across the path of The Colonial which was unable brake in time.

The collision left 14 passengers and 2 crew members on The Colonial dead and many injured. Among the dead was 18 year-old Tom Colley. At the time, it was the worst train accident in the history of Amtrak. As a result, the lead engineer of the freight train was convicted of manslaughter and sentenced to five years on the state charge and three years on a federal charge of lying to the National Transportation Safety Board. The freight train crew’s marijuana use was cited as a contributing factor to the accident.

Dr. Colley created the Tom Colley Award in T.C.’s name to both keep his son’s memory alive at SASHS and to raise awareness of how drugs destroy lives. It is a purchase award, with the winner being paid a cash prize for their work. The art then becomes part of the high school’s permanent collection. Additionally, the Colley Award provides for the professional framing or other display methods necessary to protect the work for long term viewing.

Since its first presentation in 1990, the winning artwork has been selected, for the most part, by Dr. and Mrs. Colley, although proxies have been used on several occasions. The winning work is selected from high school artwork which is displayed at the spring art show, currently called Artrageous. Many of the award winners have gone on to major or minor in art or design.  Only one student has ever won the award twice: in her junior year, Anna Wolfe won the Colley Award for a fiber arts work in 2009 and again in 2010, her senior year, for the steel figure sculpture on display in the new wing courtyard. Wolfe is currently a student at the Maryland Institute College of Art.


This year's Tom Colley Art Award recipient was announced at the High School's Academic Awards Assembly on May 13, 2014. Senior Sara Jansson received the award for her photograph (pictured above). The winning piece of art is significant as it is one of only two photographs ever selected to receive the award.

Jansson is from Sweden (she is a dual citizen of the U.S. and Sweden), and attended a Media Arts program while there. She has taken a variety of courses over her two years in SASD including Introduction to Drawing, Ceramics, Ceramics 2, Media Arts, 3-D Design, and Advanced Placement Studio Art.

Jansson plans to take a year off before pursuing her education at a University in Sweden.